Morrie’s Place was founded in the 1940’s when Morrie Gauger began buying, selling and fixing motorcycles. He first became a dealer for BSA, and with his wife Ruth, opened Gauger Cycles in 1954 on the family farm in a small workshop. Over the years he added on to that building multiple times to accommodate the Triumph, Norton, Matchless, Ducati and BMW marquees to the business. The dairy barn was also converted to part of the business, being used to store new motorcycle shipments as they arrived and years of motorcycles acquired as trade ins. A trip through the lower level of the barn was always an adventure looking for that perfect used bike you were looking for in the stalls that used to house the dairy cows.

Morrie and Ruth became well known in the Midwest for always having the parts needed for your bike. The only way to know for sure was to make the drive out to the farm, because they never had a telephone for the business.

The current owner, Ed Zender, began hanging around the shop as a young teenager looking for parts and advise. Ed purchased the inventory from the Gauger family in 1995. He added a phone line, renamed it Morrie’s Place, and continued to run the business in the original buildings for the next 13 years.

In 2008 the business moved to a larger location in Ringwood, IL. Today the business continues to reflect Morrie’s passion – to keep vintage motorcycles on the road.

Learn More About Our History

To keep your vintage British motorcycle on the road and to deliver outstanding customer service, in person, on the phone or via our website. We are happy to answer any question you have. 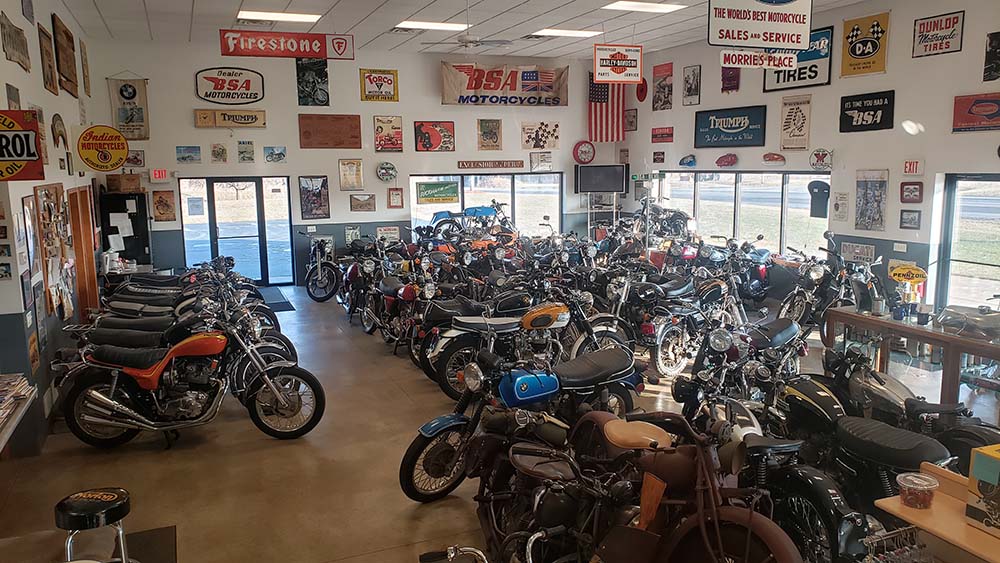